You want to be the first to land at Fortnite Battle Royale? Here you will be explained exactly how this works.

Who does not know that? In Fortnite Battle Royale, you jump out of the bus and find yourself on the verge of landing that others are earlier. Already a few seconds earlier to land decide in the critical beginning phase whether you survive or not. At this critical beginning, you can already grab a weapon and kill any players who are still approaching. The targeted goal should finally belong to you alone.

The optimal exit point is considered mathematically, calculated and simply explained. Incidentally, this is wonderfully suited for entering numerous other topics in the field of physics and mathematics.

In short: The much cited 90 ° rule is not optimal. 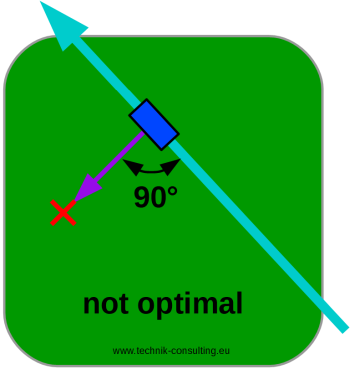 
In the sketch you see the following:


In order to get a foundation, I was allowed to measure a few speeds in the game. Of course only to continue afterwards :-).

As you can see, the bus in Fortnite is very fast with 100 m / s or 360 km / h. All other speeds are much slower. That's why you should stay in the bus and wait for the optimal exit point instead of flying forever over the map with the glider.

Now it gets serious. How can the optimal exit point be calculated? Let's start with a sketch. 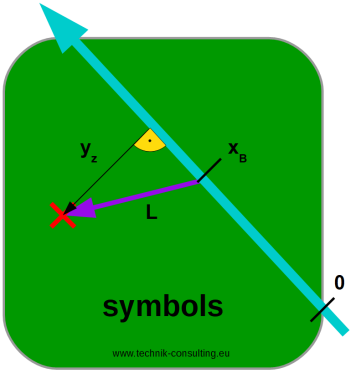 The x-axis is exactly the same as the Fortnite Battle Royale bus route. The zero point is the edge of the island at the beginning. The y-axis is perpendicular to the x-axis.


Try to calculate the distance L yourself.

If you try that with Pythagoras theorem - perfect.

The exit point can be optimized

Can the exit point really be optimized? A brief consideration clearly provides a "YES". Why?
1. If you jump out of the Fortnite Bus right at the beginning, you're on the road forever (for the point in the sketch).
2. If you jump in the end, you are on the way again for a long time.
→ Somewhere in between there is an optimal exit point from the bus.

There is an optimal exit point from the Fortnite bus.

Important is a minimum time.

For example, if you want the minimum distance, you jump out of the bus immediately at the beginning and move directly towards the destination. When landing but many will wait for you. Optimizing to a minimum distance is therefore not useful!

The criterion for optimization is time. You want to arrive at the destination as soon as possible. Let's take a look at the times. This consists of different sections:

The total time is thus:

To make it easier for you, I summarize the times for the forward flight and the gliding phase.

At the best exit point from the bus in Fortnite, the total time (t_z) is the smallest. This gives us an extreme value task.

This has made the optimal exit point calculable. However, the formula can not be used in practice. Because until you have calculated the point, the round is over :-).

That's why it's a bit simpler:

Gamma is the expression of the denominator. This can be easily calculated for different cases and is:

2.4 no use umbrella (for example, you land directly on a high target)
3.3 Fits well for most purposes
4.1 The umbrella or hang glider is used immediately after the jump.

Instructions for land faster in Fortnite

With this you can easily determine the optimal exit point according to the following steps:
1. Mark your destination on the map :-)
2. Measure roughly the vertical distance (blue arrow in the sketch) to the target.
3. Divide this distance by 3 (usually fits) and jumps earlier (!) off the bus. Just remember the point where you leave the mouse pointer there. The target remains marked.
4. When you open the umbrella or hang glider is a matter of practice. In the best case, you end up at the finish line.


Tips for faster landing in Fortnite

1. In the free fall phase, both the fall speed and the horizontal speed (= distance flight) change with your angle to the horizon. That's why the rule "divided by three" also depends on your glide angle and does not always fit perfectly.
2. A very good glide angle for further stretches is to be achieved as follows: You hold the horizon in about half of the minimap top right. By the way, this glide angle is ideal for maximum ranges when jumping off a trampoline. 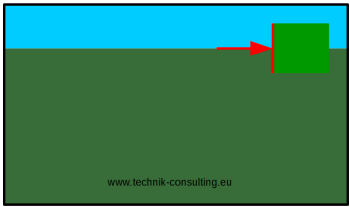 3. The umbrella or hang glider automatically opens 100 meters above the ground directly below you. Therefore, look for a deep point (for example, river valley or the sea) for the opening, and then head for a higher point.
4. Running is extremely bad as this is the slowest speed. Rather open the umbrella a bit too early and then come circling above the target while looking at the surroundings as they run to the finish.
5. Look at the finish before exiting the bus. Use as orientation the blue flame of the bus. This should coincide with the marked goal. Then you immediately jump in the right direction.
6. Slides forward to the finish by holding the forward button to run.
7. Incidentally, light also seeks the shortest path to the destination. Therefore, the light is refracted, for example, on a water surface.

But now have fun playing. If you have more tips, just contact me.


Fortnite? Talk to me.